Poseidon commends Royal Life Saving for conducting research into drownings in public and commercial pool facilities across Australia and for drawing attention to this important issue.

Following below is Royal Life Saving’s media release and you’ll find a link to the full report at the bottom of the page:

Key drowning risk factors in both locations were a lack of active adult supervision, pre-existing medical conditions, and a lack of swimming ability and water safety knowledge.

“Not all Australians have access to a private swimming pool, so public swimming pools are a vital resource used by local communities. Safety should always be a top priority around water. Parents and carers must actively supervise their children around water, even if lifeguards are present. All pool users should follow safety signs and any directions issued by staff” says Justin Scarr, CEO, Royal Life Saving Society – Australia.

Thirty six people fatally drowned in ‘Public and Commercial’ pools (including public pools and aquatic centres, as well as pools at schools and fitness centres), between 1 July 2005 and 30 June 2015.

There were a further 257 non-fatal drowning incidents in ‘Public and Commercial’ pools which were primarily children aged 0-4 years (45%). Without the intervention of lifeguard actions, many of these non-fatal drownings may have resulted in a fatality.

Children aged 5-9 years accounted for the highest proportion of drowning deaths (19%). Adult or carer supervision had lapsed in 86% of incidents.

The high proportion of children drowning in public pools reinforces the need for a comprehensive child supervision program, such as ‘Keep Watch’ or ‘Watch Around Water’. These programs promote active adult supervision, with particular requirements for younger children and non-swimmers.

“Research shows that parents and carers need ongoing reminders about the importance of active adult supervision. We encourage all facilities to contact Royal Life Saving to become a program partner, and receive a range of resources for water safety. ” says Justin Scarr.

The vast majority of drowning deaths occurred among local residents, with 94% of people who drowned living within the region. Males accounted for 81% of all drowning deaths.

Medical conditions were another key risk factor, with 61% of deaths known to involve a pre-existing medical condition. These commonly included cardiac conditions, such as ischaemic heart disease, as well as degenerative conditions and epilepsy. Royal Life Saving advises older Australians to be aware of any medical conditions they have, including how these conditions may impact their ability in the water. Regular check-ups with a doctor are encouraged, as well as taking any prescribed medication as directed.

Over the ten years, 42 people fatally drowned in ‘Communal’ pools (including hotel and motel pools, as well as pools at apartment complexes and retirement villages), with males accounting for 79% of these deaths. People aged 25-34 years (19%) accounted for the highest proportion of drowning, followed by people aged 65-74 years (14%).

A further 105 cases of non-fatal drowning were recorded in ‘Communal’ swimming pools, with young children aged 0-4 years accounting for 45% of cases and children 5-9 years accounting for 25% of cases.
More than half of drowning deaths occurred in Queensland (52%), with half of people who drowned found to be visitors to the location (50%). Although drowning deaths occurred all year round, incidents peaked during summer (45%).

“Drowning deaths in ‘Communal’ swimming pools often involved overseas or interstate tourists, with a spike in fatalities during the warmer months when people are on holiday. It’s important that people learn swimming and lifesaving skills, particularly when visiting locations where lifeguards are not always present” says Royal Life Saving CEO, Justin Scarr.

Alcohol consumption was a key risk factor, with 21% of deaths known to involve alcohol. At the levels recorded, alcohol is known to affect alertness, perception, vision, balance and reaction time. Royal Life Saving advises people to avoid alcohol consumption around water and observe any safety signs around hotel and motel swimming pools. 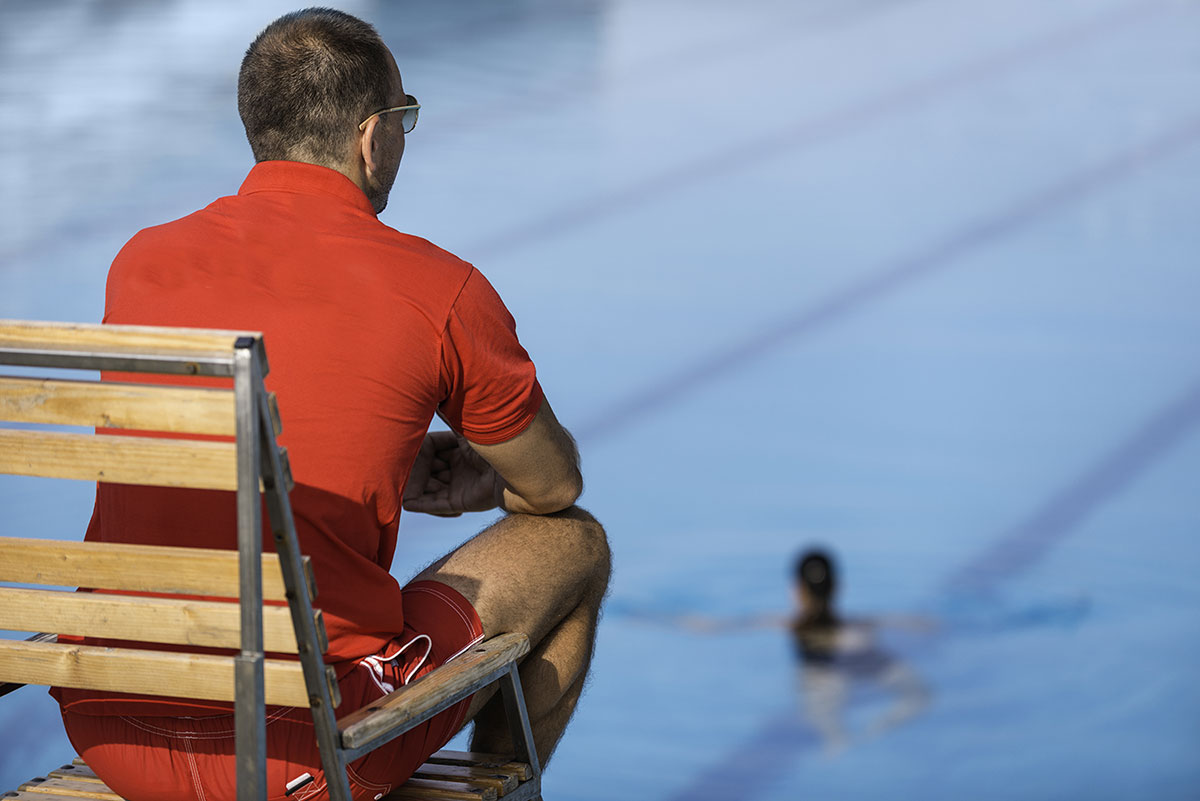 END_OF_DOCUMENT_TOKEN_TO_BE_REPLACED

Do NOT follow this link or you will be banned from the site!

For the latest news, research and innovations from Poseidon

Thank you for subscribing to our quarterly Poseidon newsletter and for supporting our quest to save lives... one public pool at a time. We'll be back in touch soon.